Homes started to be built in the 1960’s and many are California Ranch style homes. This home below is an example of a contemporary home built in 2016.

This custom home is situated perfectly on this lot to capture views from both directions. Serene and private, this custom home is located on a quiet cul-de-sac in South Palm Springs. There are numerous walls of glass and sliding doors so there is a lot of natural light. Because of all the glass, the views inside are fantastic. For instance, from the west there are the stunning views of the San Jacinto mountains. Also, enjoy lake and golf course views from the other side.

The community of Seven Lakes is known for its midcentury architecture but it also has many other appealing features. For instance, there is a beautiful 18 hole executive golf course that is 2712 yards long. And there are seven lakes! Did you know that this was one of Dwight Eisenhower’s favorite courses to play and he got a hole in one on hole #4!

Richard Harrison is the architect behind the residences at Seven Lakes Country Club. In 1952, along with Donald Wexler, Harrison set up Wexler & Harrison. Wexler and Harrison body of work is significant in the Palm Springs area. In addition to residential homes, their work also includes banks, offices, and the Palm Springs open-air airport.

The developers built one, two and three bedroom condominiums, and a “two and a den.” The one bedroom homes were the least popular, and almost as costly to construct as the two bedrooms so they were discontinued early on.

Arthur Elrod, Jr. is the interior designer who oversaw the furnishing of the first models at Seven Lakes.

This midcentury home in Seven Lakes is an example of the iconic architecture. What makes these home special are the walls of glass and high ceilings. Because of the high ceilings, the property is light and bright. The property is 1545 square feet. There are two bedrooms and two bathrooms. The living area features sliding doors on both sides.

The photo below is from the back patio. The leisure side of the unit faces west and offers beautiful sunsets.

SKYE is small neighborhood of contemporary homes in Palm Springs. Each of the 40 homes in SKYE is oriented to view Mount San Jacinto. These high end homes not only have beautiful views but they are stunning examples of modern architecture with a nod to mid-century.

SKYE is within walking distance of shopping and restaurants. For example, Melvyn’s. Think old school. Think classic cocktails. Reminiscent of the Rat Pat era, this restaurant and bar was a favorite of Frank Sinatra and other celebrities.

The architect behind SKYE in is Hannouche Architects. There are five floor plans. Plans range from 3,322 square feet to 3,933 square feet. Ceilings are 12 feet in the main living areas. Sliding glass panels which disappear create a seamless indoor/outdoor living experience.

Contemporary homes in Palm Springs often can appear stark. But as you enter through a garden court with lush landscaping, you feel like you are in a tropical paradise. The pool features a tanning deck and spa. There are multiple outdoor entertaining spaces. There is are also great views from the BBQ and fire pit lounge area on the other side of the house.

Inside is equally as beautiful and features an open floor plan. For instance, the walls of glass bring the mountain views inside. The kitchen is a chef’s delight and features high end appliances and a large island for entertaining. Also, the game room with wet bar opens with sliders to the pool area. Each of the three bedrooms also feature sliders to the outside.

The home below represents a Plan 4 in SKYE. There are many highlights to this popular plan. For example, the island in the kitchen can seat up to eight people and opens to the living and dining areas. This particular home has a three car garage instead of the bonus room option and is 3,702 square feet of living space.

Indian Ridge Country Club is in the heart of Palm Desert. This beautiful community of homes surround two world-class golf courses. The country club is also known for its world-class tennis – including 12 hard courts and 2 clay courts. Other amenities include a 22,000-square-foot health and fitness center, spa and salon services. Plus, the dining is fabulous!

The Club features 1,068 homes that offer a wide variety of floor plans and prices. At Indian Ridge Country Club, there are both condominiums and detached single family homes.

There are different membership levels.

Reach out for Membership Information

The views are fabulous because of the double fairway and mountain views. This home offers the finest in resort style living. For example, renovations include opening up the formal dining area and adding a wine closet. This is a very popular floor-plan because it is perfect for entertaining. The floor in the living area is a beautiful travertine tile. Chef’s love this fully remodeled kitchen. The updates are numerous. For instance, there is a generous granite island. The cabinets are custom and provide plenty of storage.

The master suite is a private retreat and the luxurious master bath is large. In addition to the luxurious soaking tub, it has a separate shower and vanity area. There are two closets and one is a walk-in.

The outdoor living area is as beautiful as the inside. For instance, enjoy an evening meal under the covered dining area. Take a dip in the large spa. Cook out with the built in BBQ. Sit and enjoy a cocktail at the fire pit.

Click Here for More Homes for Sales in Indian Ridge

Nearby attractions of Indian Ridge Country Club include El Paseo Shopping District and The Living Desert.

The Shops on El Paseo 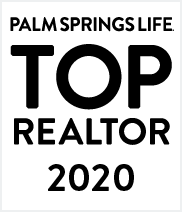